Mutley was bought in October 2004, with the intention of driving him for a few years until I wanted to start him as a 'project'. However in April 2005 we found that this was not possible due to POS (previous owner syndrome) everything that was supposed to be solid was actually a lie, but being new to mini's we didn't realise this, I now know alot more and kick myself daily for the amount I spent on Mutley MK1. The ends of the scuttle where stuff with newspaper, and fillered over at one end, the other had a plate of metal welded in with 3 inches thick of filler and fibreglass. Lots more of this kind of thing continued throughout the car. However much it dishearted me, I didn't have the heart to give up.
We come to present day, when I have just picked up Mutley MK2, simply because it is a much solid shell - and a lot less work is to be done - it's basically a bit of tidying, plus who could refuse at the tidy sum of £65 (INCLUDING DELIVERY!) 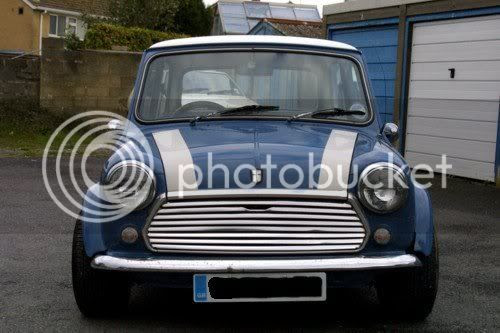 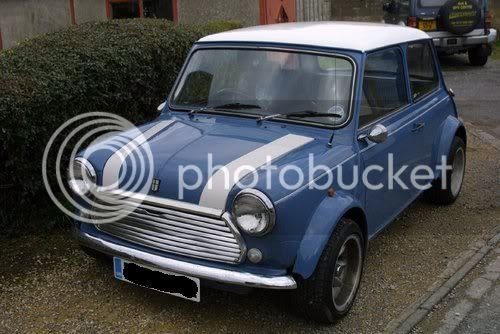 Some of the things we found
(Warning - these pictures are shocking) 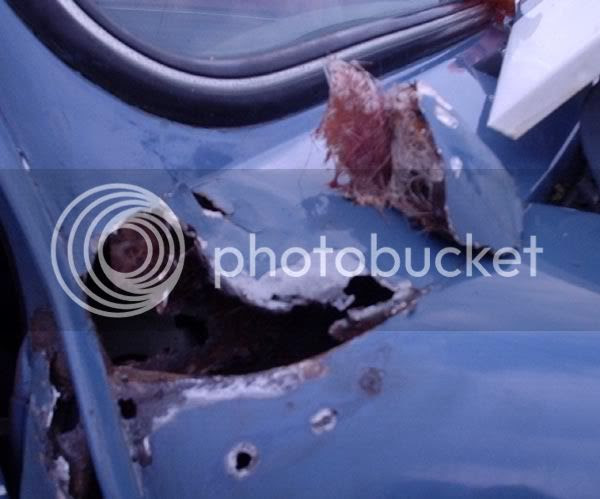 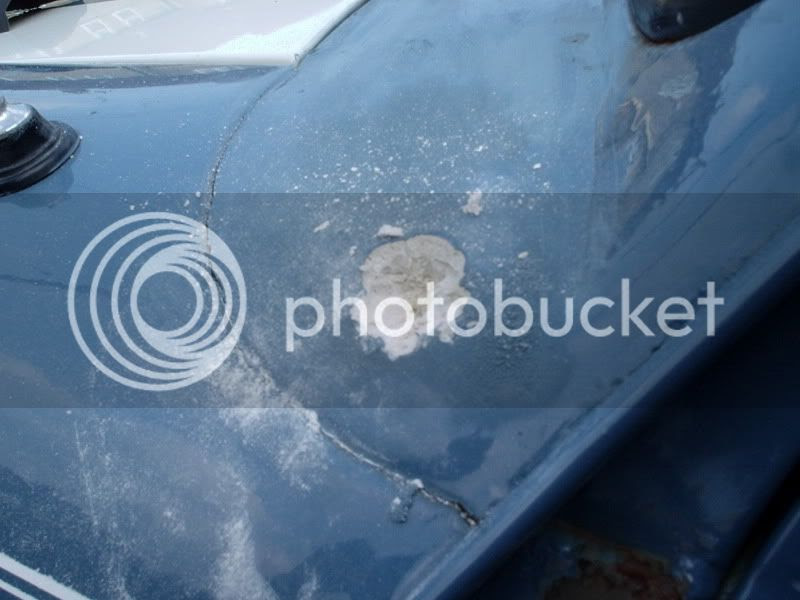 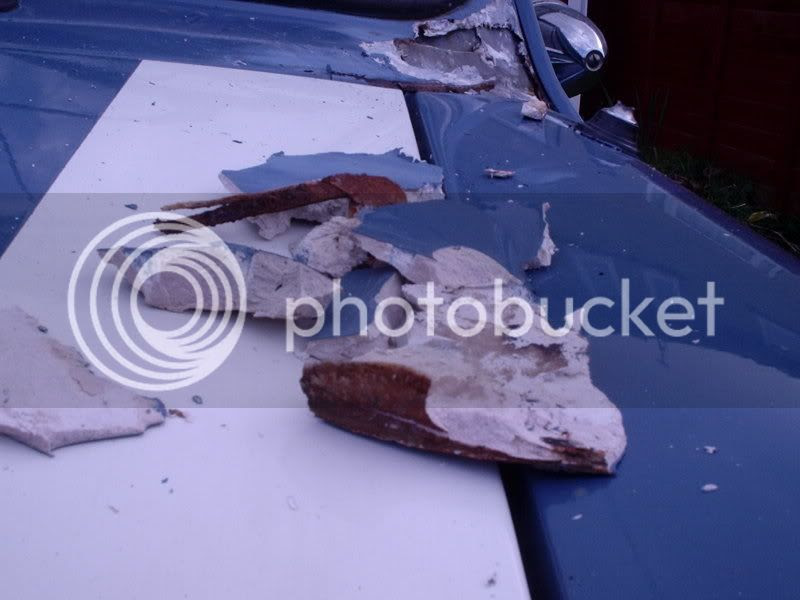 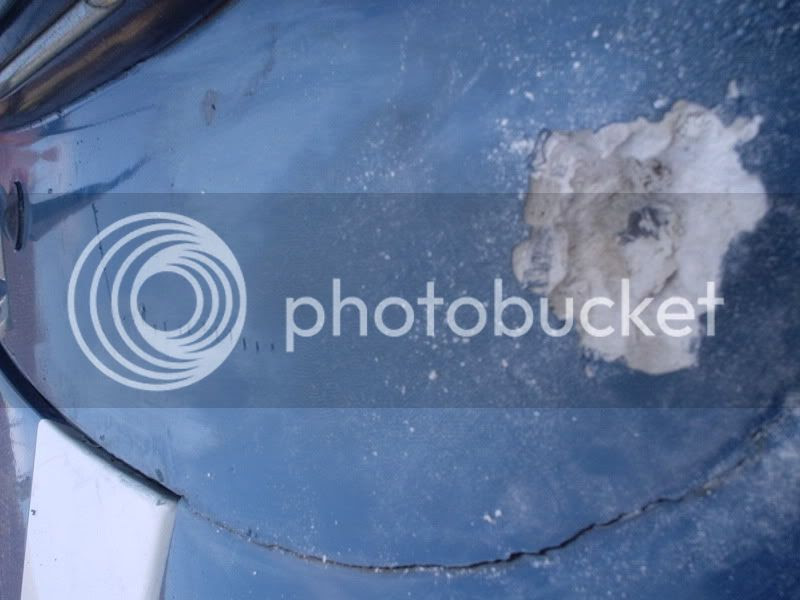 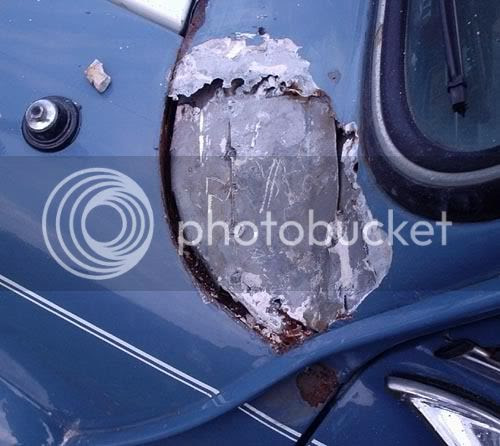 The day he moved from my Mums house to my pad 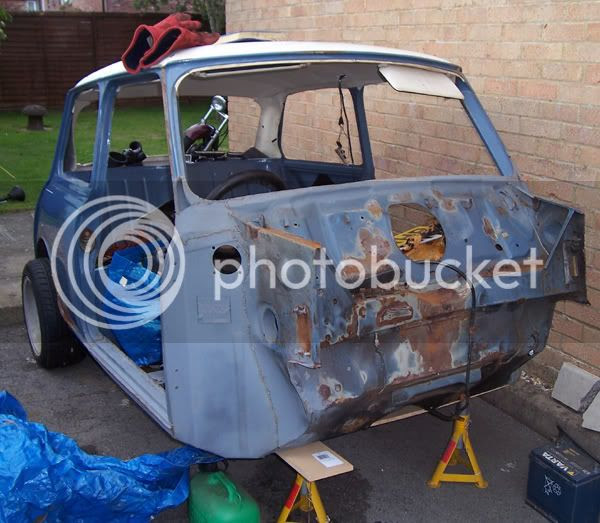 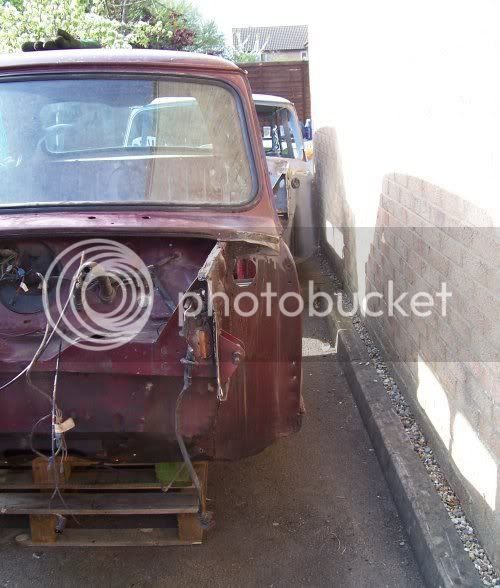 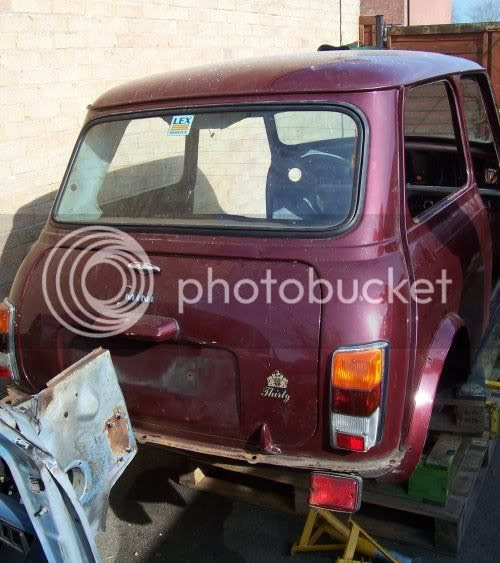 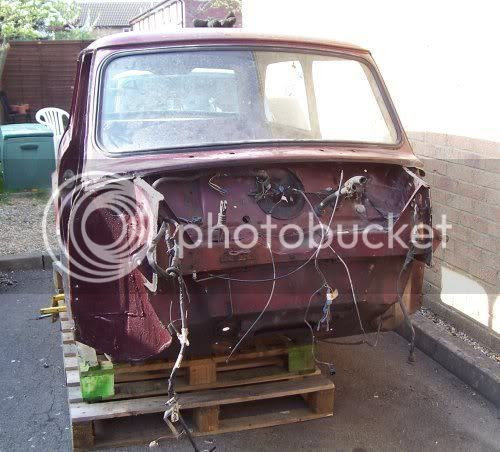 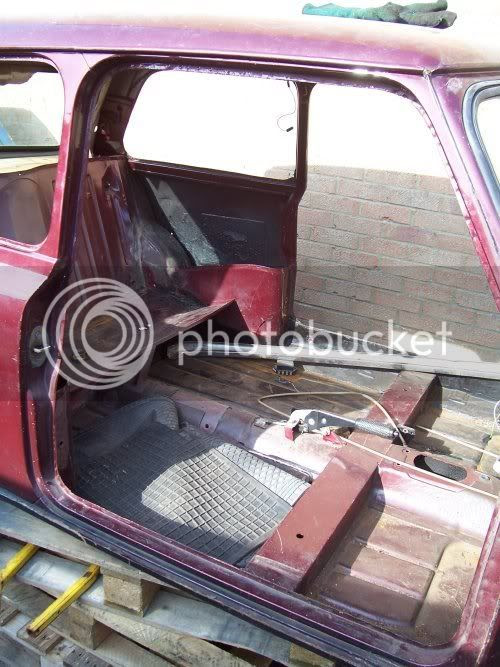 Some of my Plans

Few of the plans on the cards, I've forgotten most of it, but I'm not surprised - new ideas come up every day with 'Mutley'.

Aiming to have a water-tight shell by the end of the summer (which hopefully will be painted!) 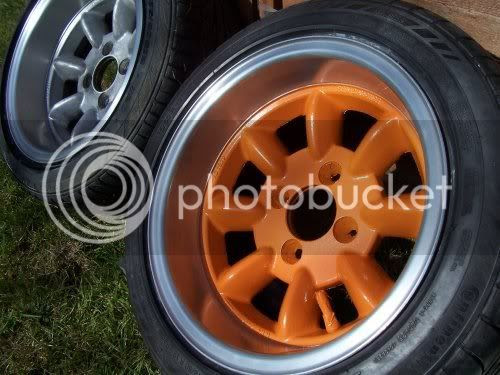