Well, just to prove that there is no slacking going on, I'll update a little. (I'll try and explain so you understand, but I'm never good with words!)

The new outer sill wasn't welded on very well (previous owner) - so tidying of the bird poo welds and re-welding the panel properly has been started, and general tidying up and sorting out. Not much really left on the drivers side to do, few little bits really, and the most major part is part of the rear arch (outer). Which is a lot less than we'd have had to do on Mutley Mk1, most of the rear arch would have needed replacing. So it's saved time and money on that front.

Rear arch section that needs replacing, shouldn't be to tricky, and this is the most major bit we have to do, which is nice. You can see the old sill inside the new one - I'm not sure what has gone on here, I think it was to do with them lining up the new one?! You can also see that huge bare metal patch... it was covered in filler - but nothing underneath - panel is totally straight as well - again not sure what's going on there?!?!?!?! 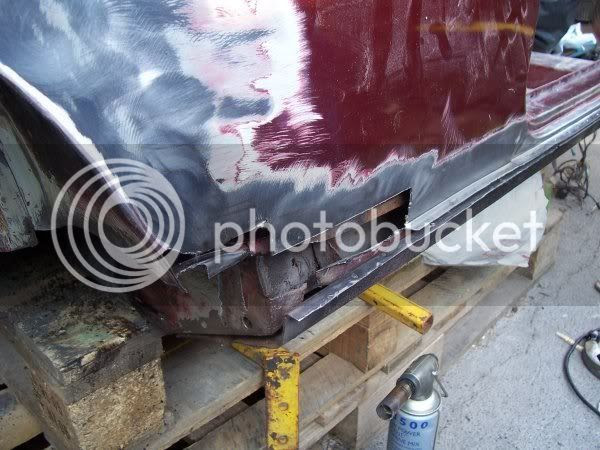 Tidying the sill and drilling the wholes to weld it on properly, I'm really pleased how clean this shell is - just minor bits and bobs to do really. 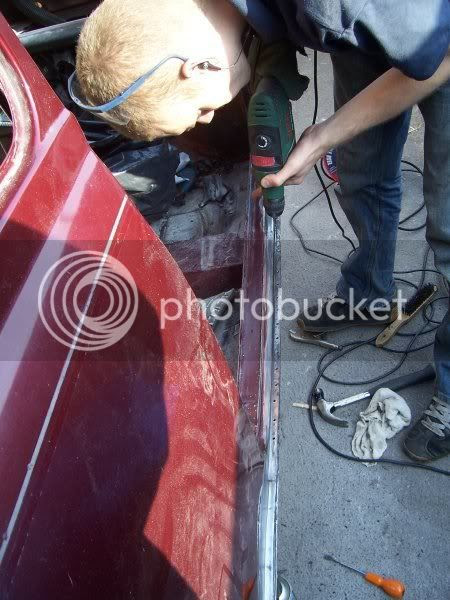 Ready for spotting - I was feeling a bit artistic at this point, can you tell? 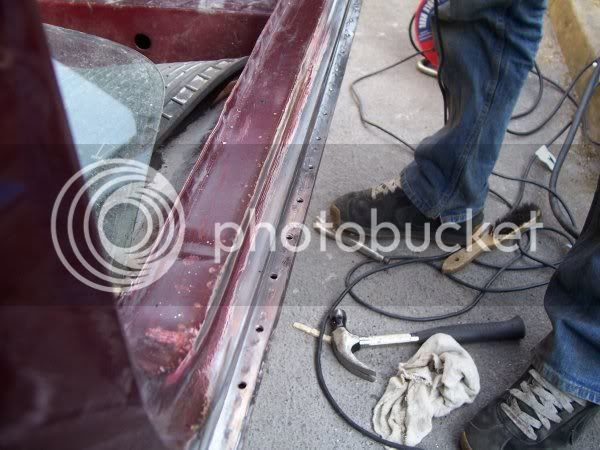 I'm getting excited about the prospect of seeing 'him' sprayed and looking lovely - as I have been doing lots of bits and bobs with trim etc.
Posted by Mutley at 17:40 No comments: